The history of Valentine’s Day is all about secret love and so are these handkerchiefs. I have seen them referred to as both “Secret Message Handkerchiefs” and “Puzzle Handkerchiefs”.  This is my current collection. I think they probably all date back to the 1940’s; however, I have only found proof that two of them do. The one with the cupid is a Franshaw hanky and was featured in an advertisement in a 1949 issue of Mademoiselle Magazine. And, the first one in the bottom row which forms a white heart was produced by Kimball and is featured in a 1947 issue of Charm Magazine.

Take a look at the open hankies in the second picture. One’s first impression when seeing one of these hankies might be that the design is a tad askew or just plain strange. Now look at the hankies again in the first picture. When folded, they reveal a hidden message or surprise picture. Unless you know what you are looking at you would likely pass one of these treasures by.

See if you can match the open hankies with their folded version. Here's a hint - I've mixed them up to make it bit more challenging for you. 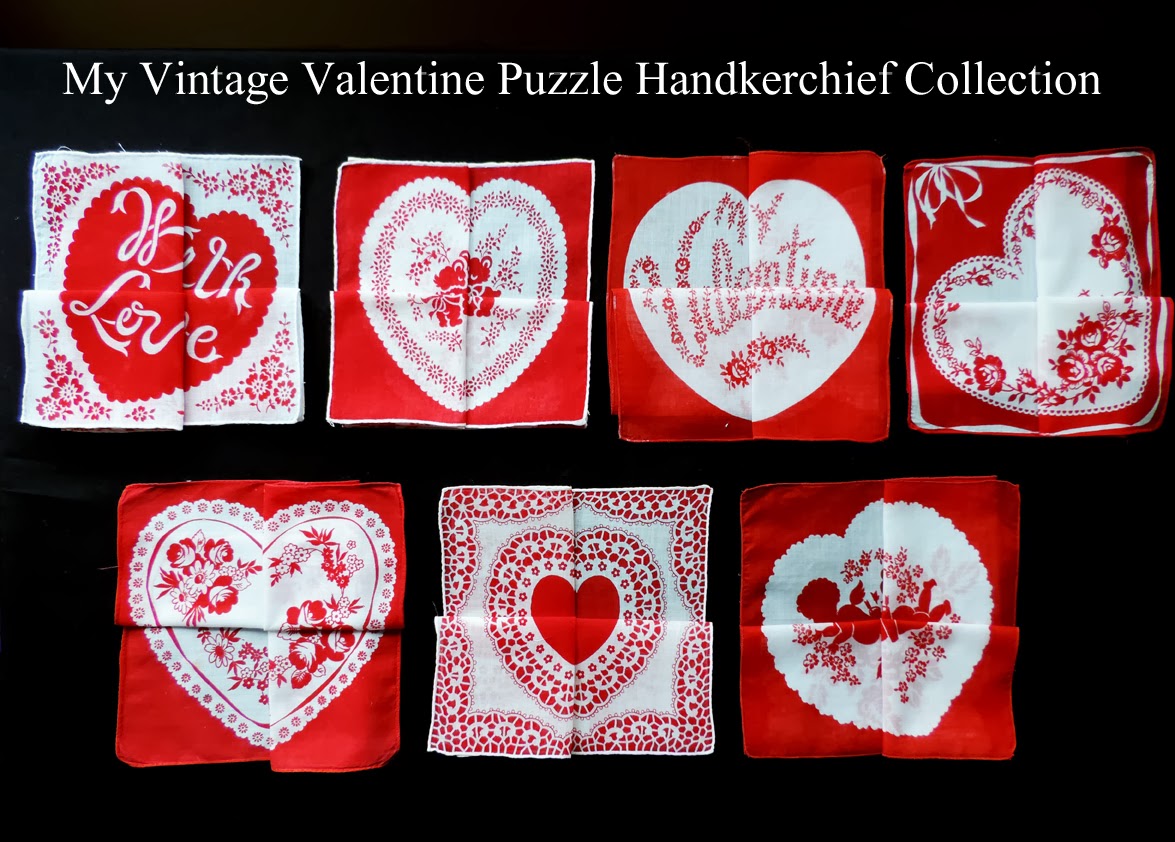 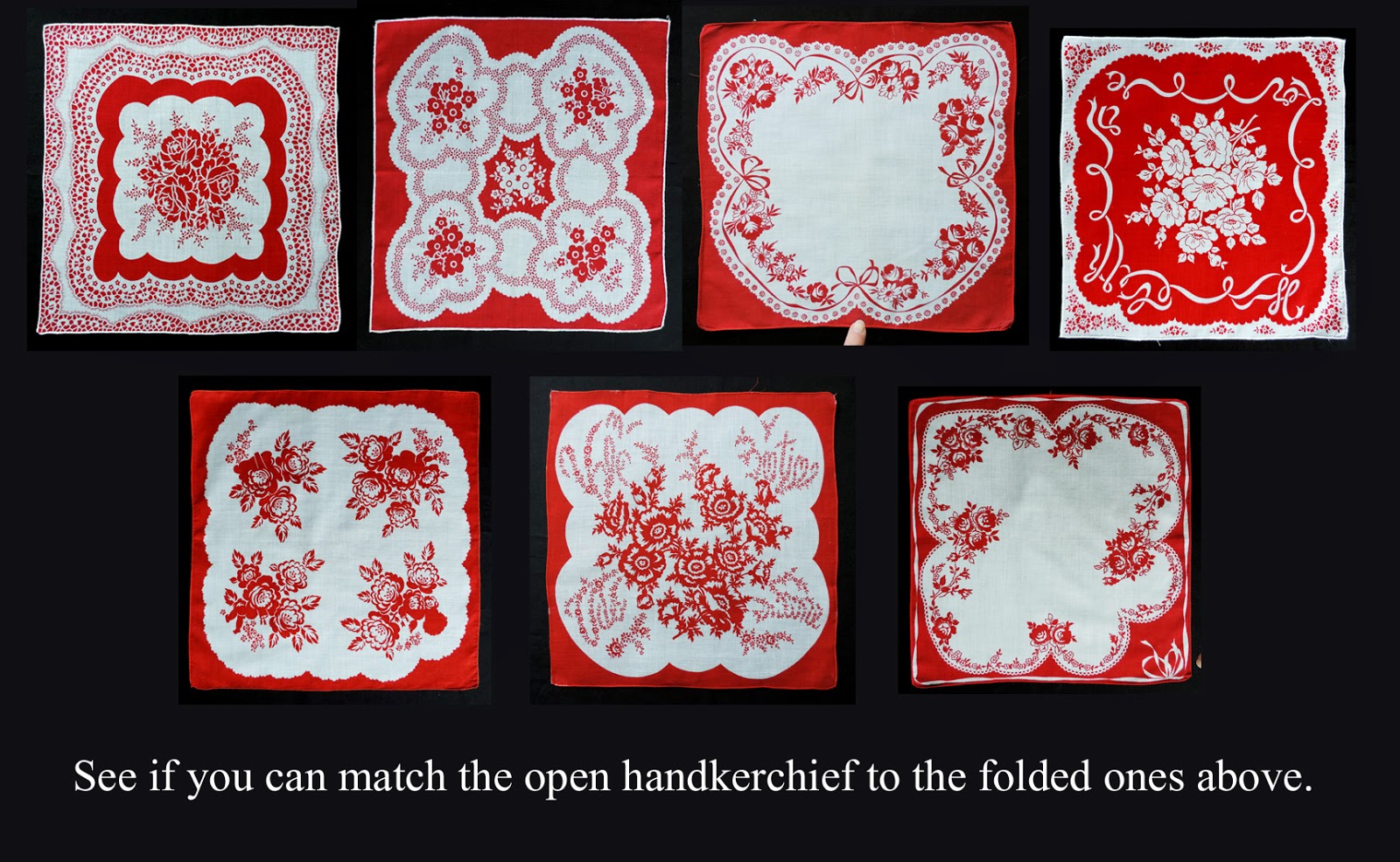 Now I am going to show you how to do the fold. They are all about the same and all you need to do is look for the points you need to match up. I will use the Franshaw Cupid handkerchief in my example.

Email ThisBlogThis!Share to TwitterShare to FacebookShare to Pinterest
Labels: All, Learn About Hankies

Love to hear from my readers!

The Hanky Dress Lady
Littleton, Colorado, United States Hi - I’m Muriel, also known as, The Hanky Dress Lady” in my hometown of Littleton. I invented the concept of folding vintage hankies in an origami fashion to create these cute little dresses. I’ve made hundreds of them since early 2007.